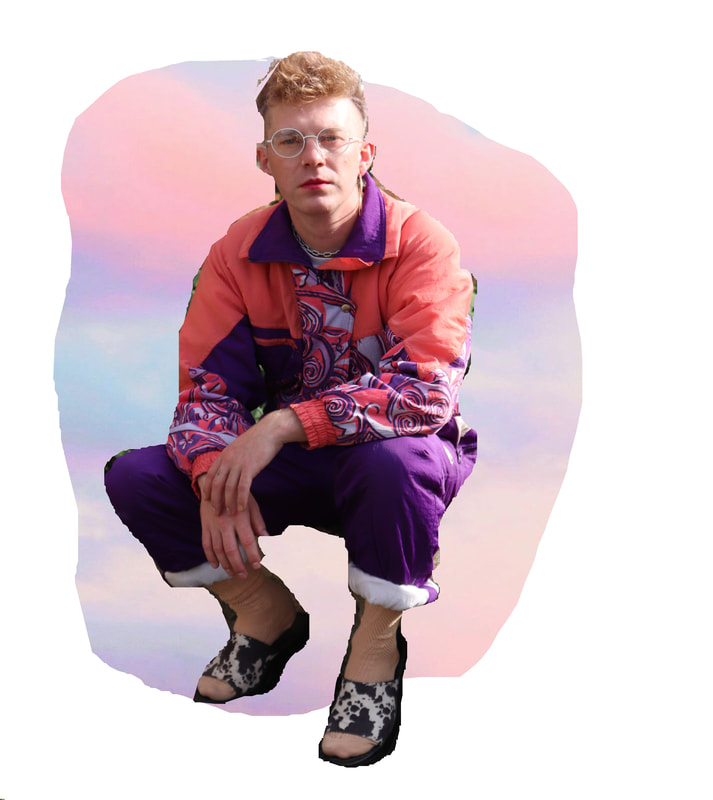 ​Tom Stockley is a multidisciplinary artist working across the UK and based in the South West. Informed by a century of counter-culture, collaboration and and queer culture, their practice flirts with the humour, beauty and sadness of every day life by any means necessary. Their integrated practice includes digital design, immersive experiences, film making, theatre and live art, often created collaboratively with other artists and in community settings.

Tom has written for HUCK and The Tab, had work published by Perennial Press, Howling Press and Sassify and been the subject of features in Voice Magazine, The Friday Poem and BBC Bristol. They were the Milk Poetry Mega Slam Champion in 2020 and were named one of Bristol's most influential LGBTQ+ people in the 2021 Pink List - as well as producing work for Tate St Ives, BBC Arts and Bristol Old Vic. They are proudly queer, gender non-conforming, neurodivergent and a descendant of working class Jewish refugees.

​They are interested in our human experience, collectively and as individuals, creating conversations around identity, culture, mental health and the places we call home. They are also a qualified youth worker and have been working in youth and community roles since 2011. They believe in the value of all people who feel othered and abandoned. To date they have produced work for BBC Arts, BBC 3, Tobacco Factory Theatre, Half Moon Theatre, Tate St Ives Bristol Museum and Apples & Snakes - as well as being published by mainstream and independent presses across the globe. They love you and want you to know that everything is going to be ok.

​For more information, inquiries and ideas send a message to t.stockley@hotmail.co.uk, find his facebook page or tweet them.
© Tom Stockley 2015